At half term in February 1969 (it is almost impossible for me to believe this is 48 years ago now  !?! ) I decided to treat myself to a train journey, probably paid for with money kept since Christmas.

I even took my camera. It was a frosty but sunny spring sunrise when I set off early in the morning and my intention was to spend the day at Derby, rather than my usual haunt of Nottingham.

In those days I did not keep a precise record of exactly where I saw locos while I was actually travelling. “Between station A and station B” sufficed. However, I have listed my sightings below under the most logical large station. (I obviously had a downer on class 114 units, having cleared the class 7 years earlier – and none are mentioned; not even the ones I travelled on)

It was sunny at Derby, but after about 45 minutes nothing was happening and a train arrived in the platform next to me, bound for Crewe; so I thought ‘what the heck…’ and got on it. 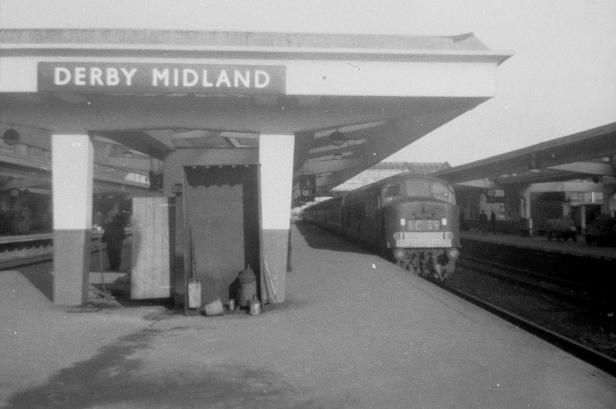 Despite the spring-like weather at Derby, there were a couple of inches of snow on the ground at Crewe, and thick grey cloud. 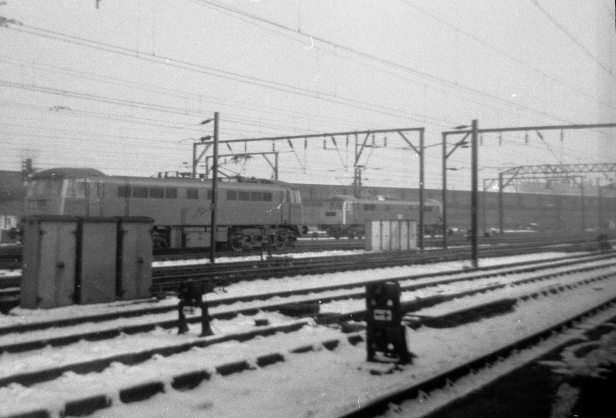 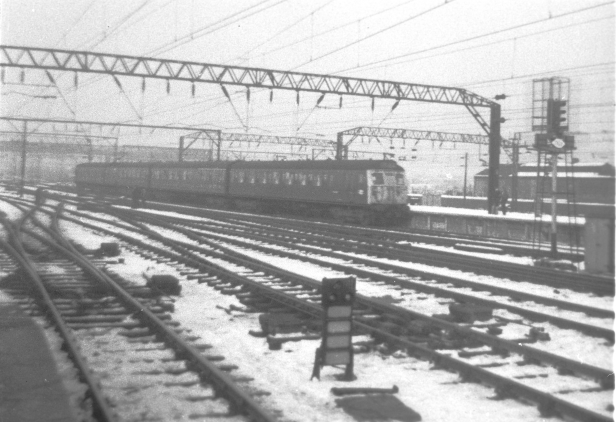 However, the almost non-stop procession of trains more than made up for that. 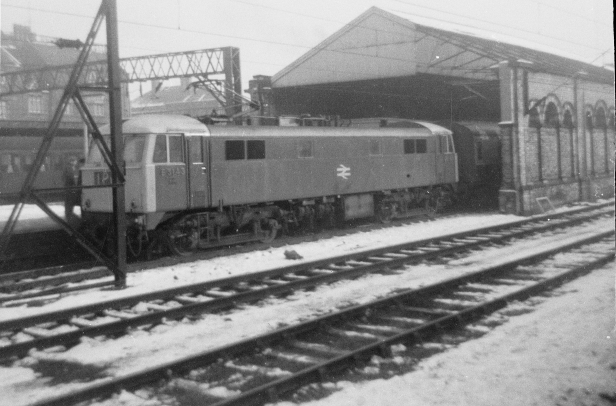 Sadly, my thumb got in the way of this photo of D445 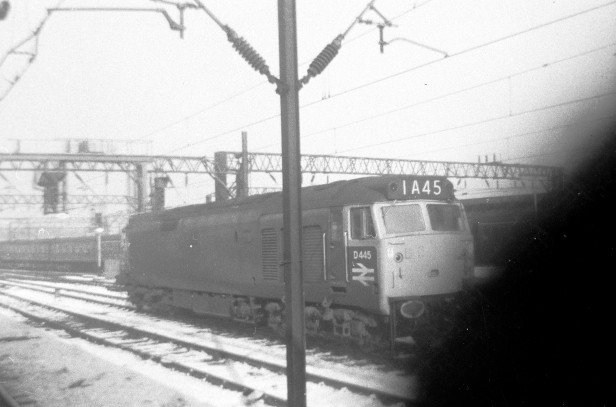