Once I left home and started work, I began to earn money in far larger quantities than I had ever done picking potatoes, or cleaning daffodil bulbs. After rent, food and transport costs the first priority was a car. I knew my Minolta instamatic was woefully inadequate, but quality cameras were expensive in those days.

I had seen David Bailey in an advert promoting the Olympus OM1, and I knew that was what I wanted, but it would have cost me about 2 months pay with just a basic lens.

There were a number of photography enthusiasts at work, and after chatting one day I discovered that Russian single lens reflex (SLR) cameras were in my price range (just). But, I also needed beer, albums, concert tickets, trips to the West End etc.

One work colleague told me late in 1972 that Dixons were selling the bottom of the range Russian Zenit camera as the Prinzflex 500. Anything with a Prinz label on in those days was very un-cool, but peel off the label and underneath would be Zenit-B. It was, heavy,clunky, built like a tank; and as far away from an OM1 that an SLR was ever going to get, but it was on sale in the local high branch and I could afford it.

So I bought one.

Initial results on trips to Kings Cross and Reading were inconsistent, because I had yet to master the variation of f-stops, shutter speed and film ISO. 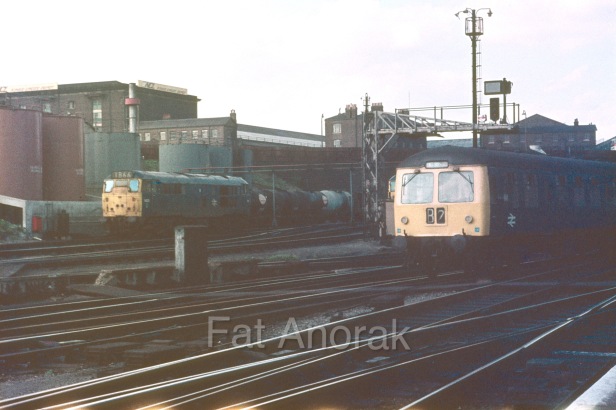 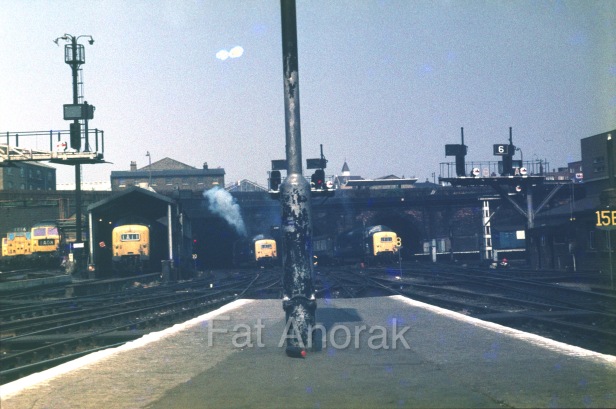 A better day in summer, but I’m still having trouble with f-settings and naively put it up to f11 because it was ‘very sunny’. I should have listened to my mate Keith who told me it was f8. Hey-ho.  Deltics dominate here as was the norm, with 47s and 31 in the loco yard.  14/8/73.

Reading station on 8th August 1973, and D1733 accelerates a train of Welsh coal eastwards on its journey to Acton yard. I had probably hoped for a Hymek on this. 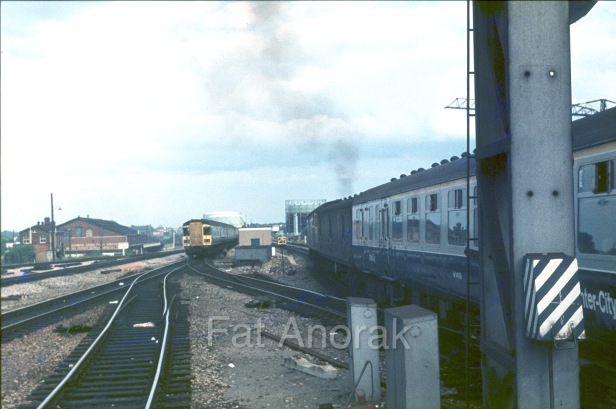 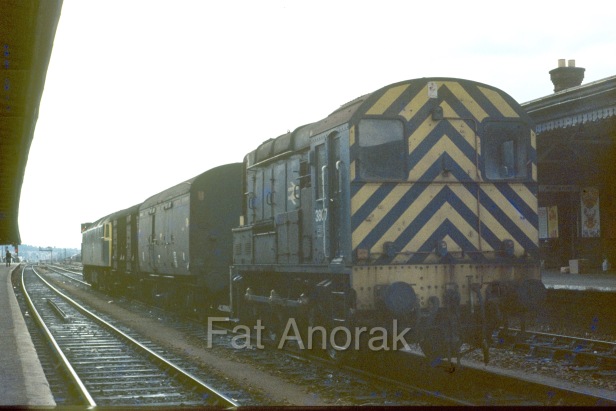 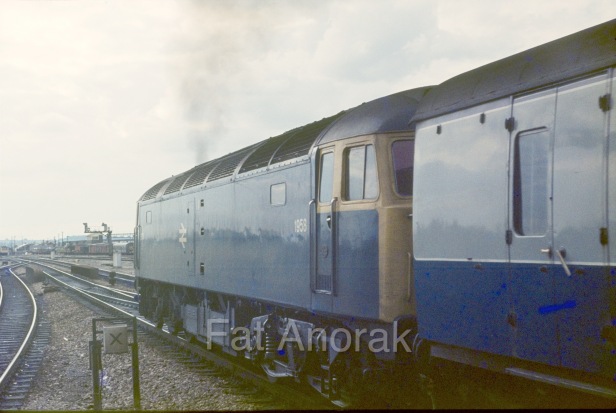 Basingstoke services were usually in the hands of Southern Region DEMUs. 1132 waits for its next trip over route 66.  8/8/73 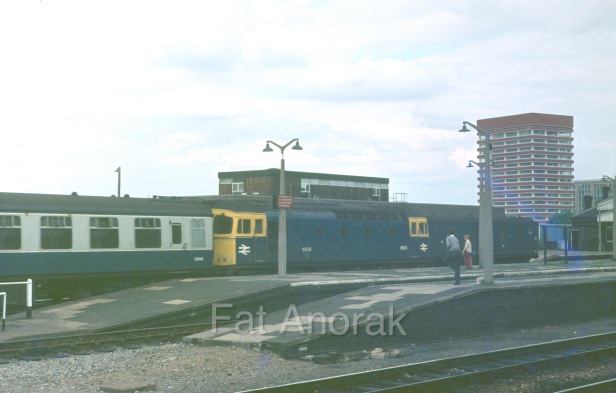 Longer SR journeys were often handled by class 33s. D6509 arrives at Reading with a train from the south coast. 8/8/73 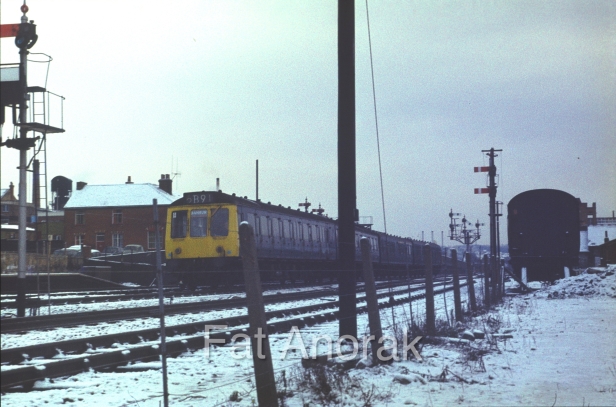 There has been overnight snowfall at High Wycombe in Feb 1973, as a class 115 arrives from Marylebone. Snow presents even more exposure dilemmas, and I failed with this one as well.