My local railway scene was not just confined to the Boston line by our back garden. A three mile cycle ride found the Spalding line as well. This was a much more of a goods line, with trains to/from Whitemoor marshalling yards at March. However, the unpredictable weather meant this was far more of a challenge (no watching from the kitchen window).

There might be 60 minute gaps between trains, and with a gale blowing, steady rain and temperatures in single figures (and that is just summer), it was a hardy spotter who braved the lineside for more than a few hours, let alone had enough feeling in their fingers to press a camera shutter.

A few photos did actually come out as viewable (just). Here, what looks like D204 heading towards March.  The first 10 of these EE type4s had just been transferred to Longsight from the GE in1967, and were regular performers on 7E67 the 2311 Edge Hill to Whitemoor; which I suspect this is.

Later in the year, the type 4s vanished from this service. Maybe it was electrically hauled over Woodhead and an ER loco took over at Rotherwood? I really ought to research this stuff. Anyhow, here is a Brush 2 on 7E67 later in 1967. 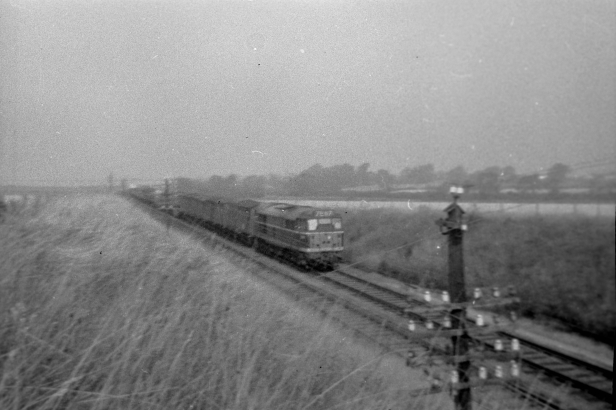 Here is a pretty dodgy photo of another Brush 2 this time on 7E90, the 0448 Dewsnap to Whitemoor. This would definitely have come over Woodhead with a loco change east of Sheffield. 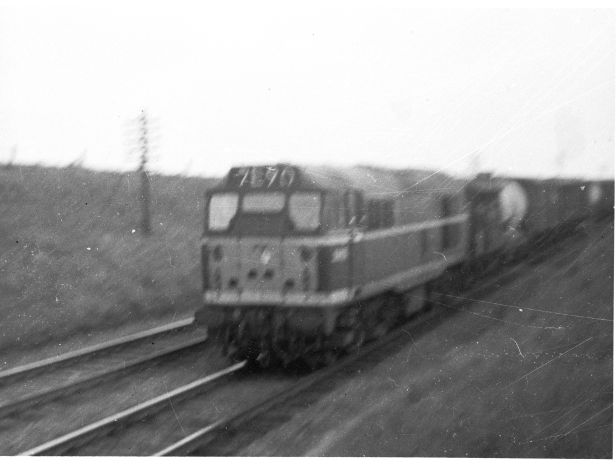 Sometimes 4A07 the 0230 Cliffe-Uddingston cement train came this way, rather than down the ECML – high fives all round, as this brought ultra rare SR locos to the GN&GE.

In the summer months, coal trains became much less frequent as demand fell; and holiday trains appeared. Here is a Sulzer type2 on what I suspect is 1H20 the 0956 Yarmouth to Sheffield. The loco would have taken over the train at March after working 1E98 the 0850 Chesterfield to Yarmouth to that point. My enthusiasm for the number waned once I realised I had seen it 2 hours earlier heading in the opposite direction.