Link to lists of GB trainspotting records on a year by year basis. https://spottinglogs.co.uk/spotting-records-1950s-60s-70s-80s/

My parents holidayed in Bournemouth three times in the 1960s. Unfortunately, I had no camera at the time. My father has few photos of Eastleigh Open Day, but they are tucked away in drawer somewhere at his house.

However, I loved the station with its extra long westbound platform giving a view across to the shed. With bridges at both ends of the station, it is ideal for a model but having an ER background I feel I would make too many mistakes.

Anyhow, back to the 1960s. My mother would go shopping and my father would accompany my brother and I onto the station. The only problem he had was getting me to leave again. I have purchased various slides to remind me of those days.

The extent of the down platform can be seen as 35022 ‘Holland America Line’ leaves for West station with the Bournemouth Belle in what the slide details give as July 1964. The spire of St. Paul’s Church dominates the background. However, the spire was struck by lightning and became unsafe, so was removed during 1963, which would date this photo as somewhat earlier. 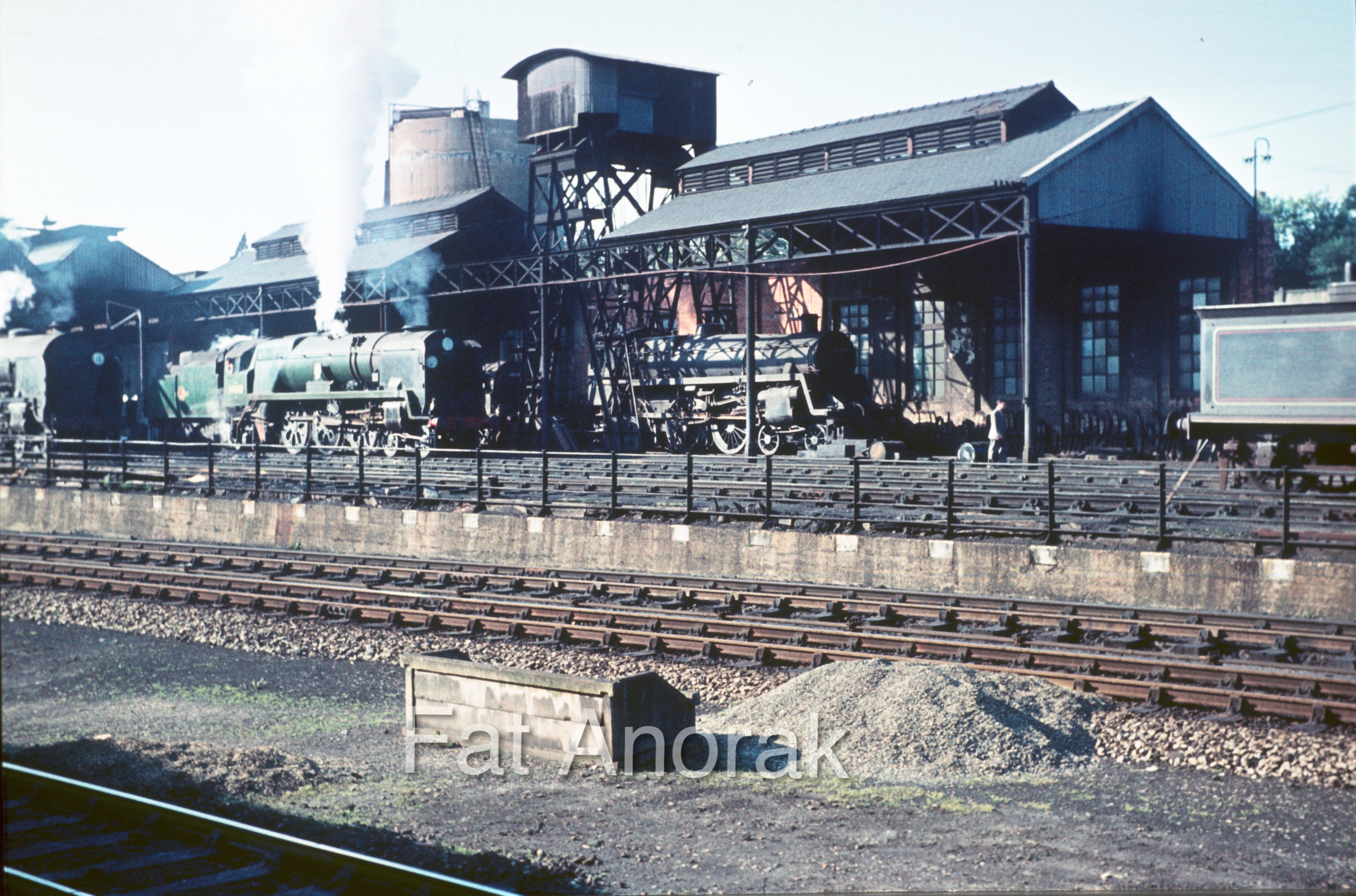 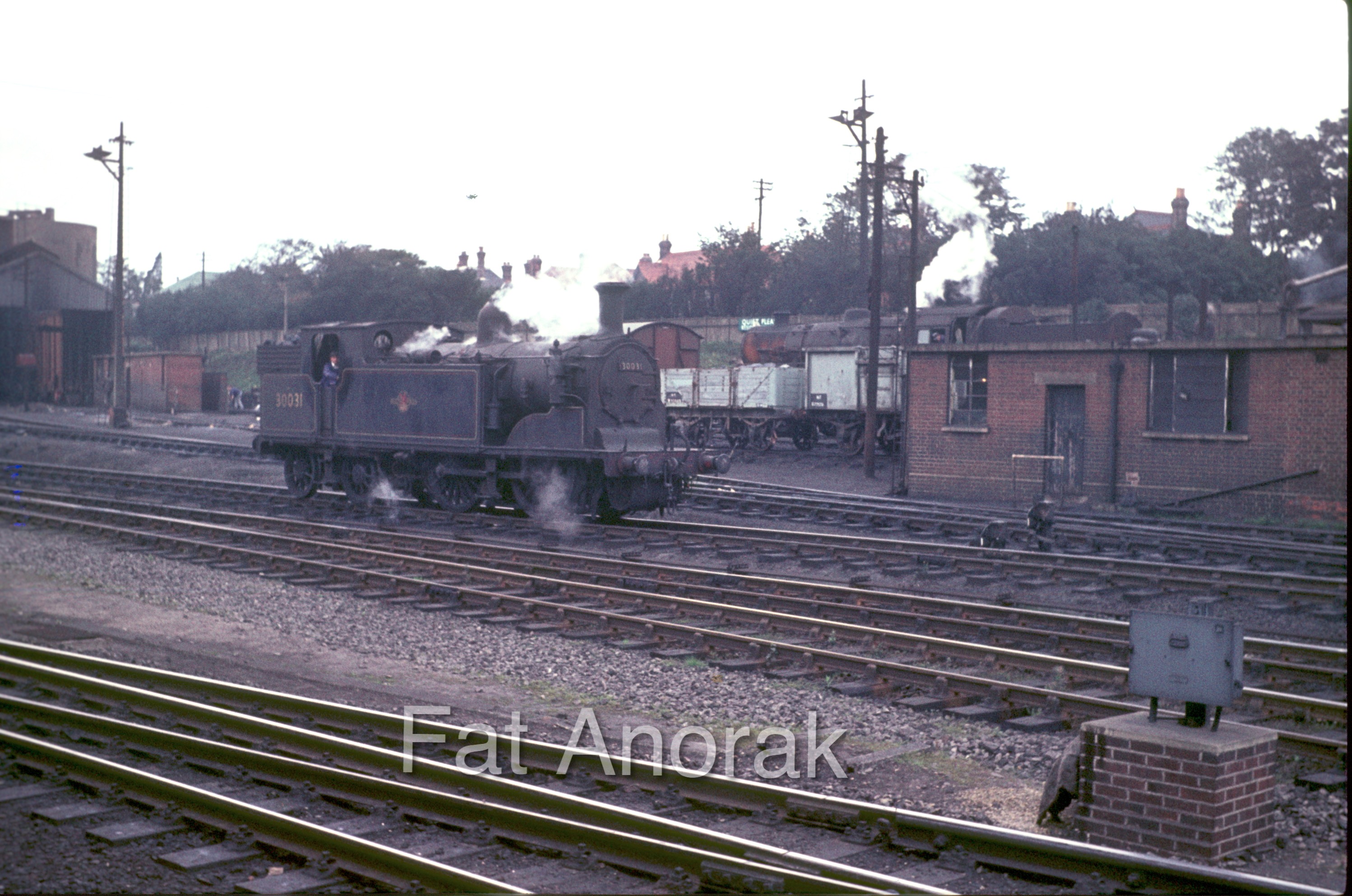 M7 0-4-4T 30031 moves around the east side of the shed. It was all very cramped, and too much noise or black smoke would provoke complaints from upmarket neighbours across the road. 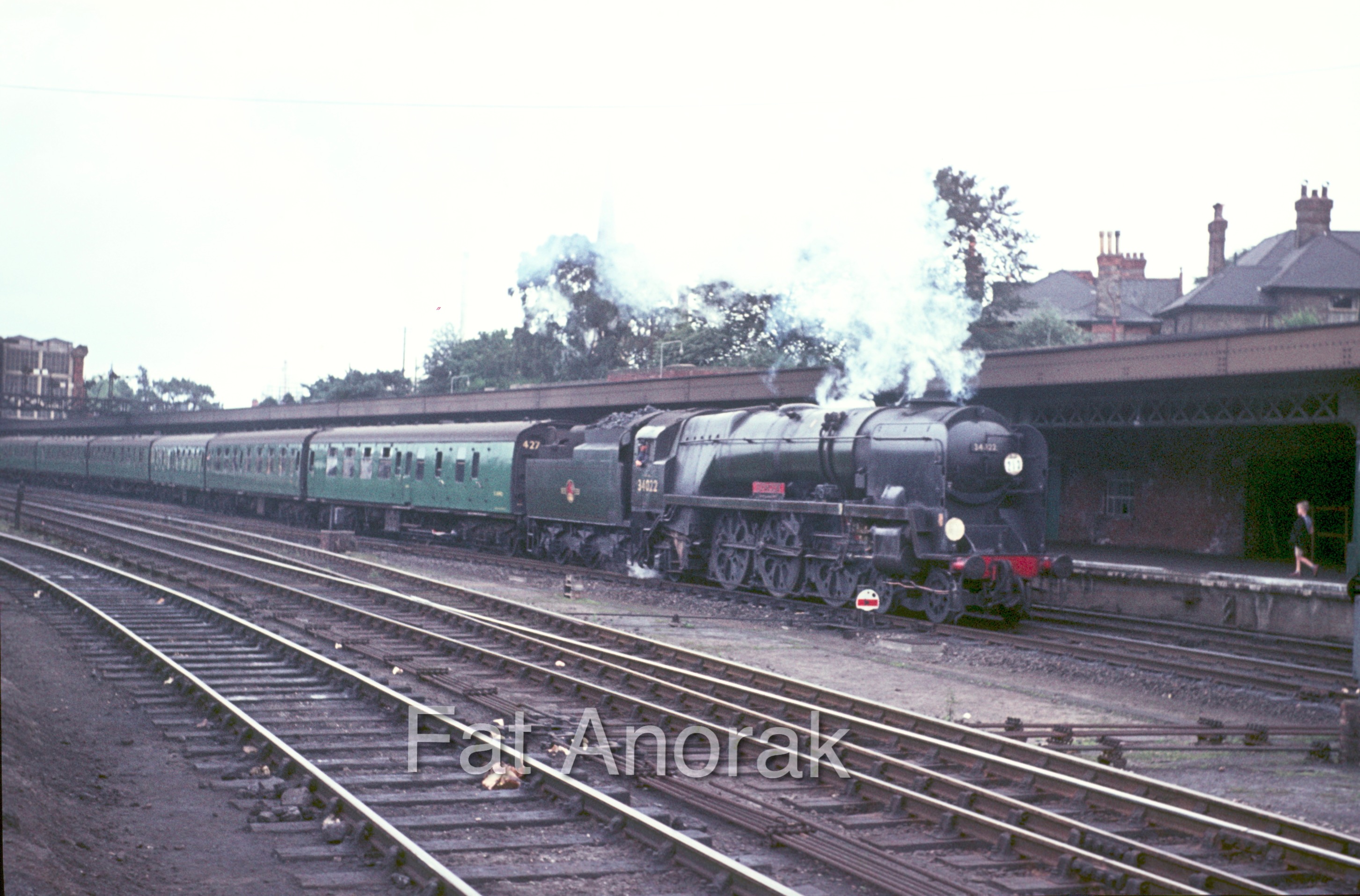 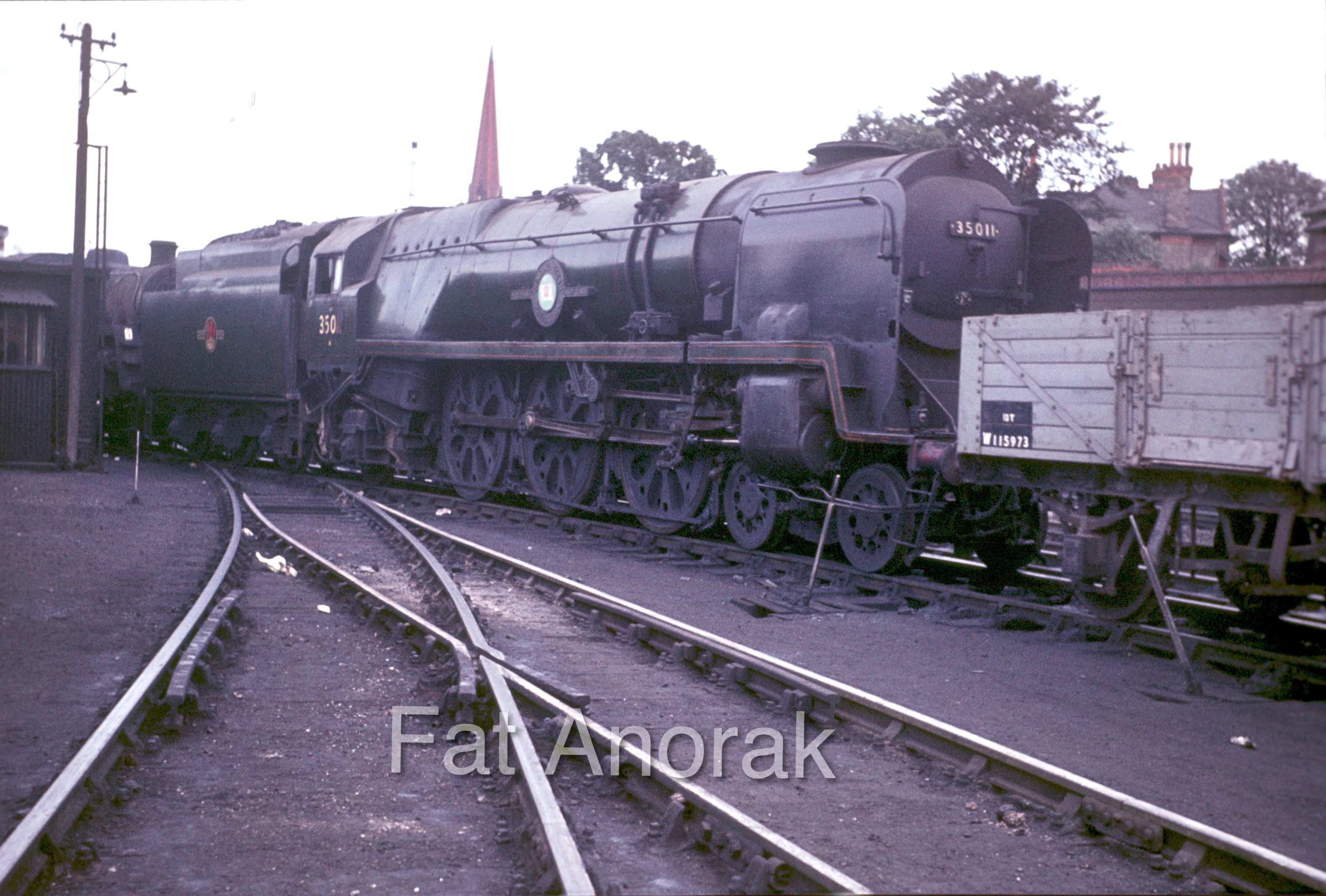 35011 ‘General Steam Navigation’ is pictured in the shed yard during September 1962. Once again with St Pauls’ spire in evidence. As with most things these days, the entire church was eventually demolished to make way for a dual carriageway and an Asda supermarket. The shed site is now the station car park.

Another September 1962 view towards the shed sees Maunsell Q class 0-6-0 30548, a long time Bournemouth resident in BR years. Just visible is the bunker of M7 30110. The distant main station building on the extreme right illustrates just how long the westbound platform was/is.

Another M7 0-4-4T 30112 is busy shunting empty stock. Many services split here at the station with a portion going forward to Weymouth. September 1962. 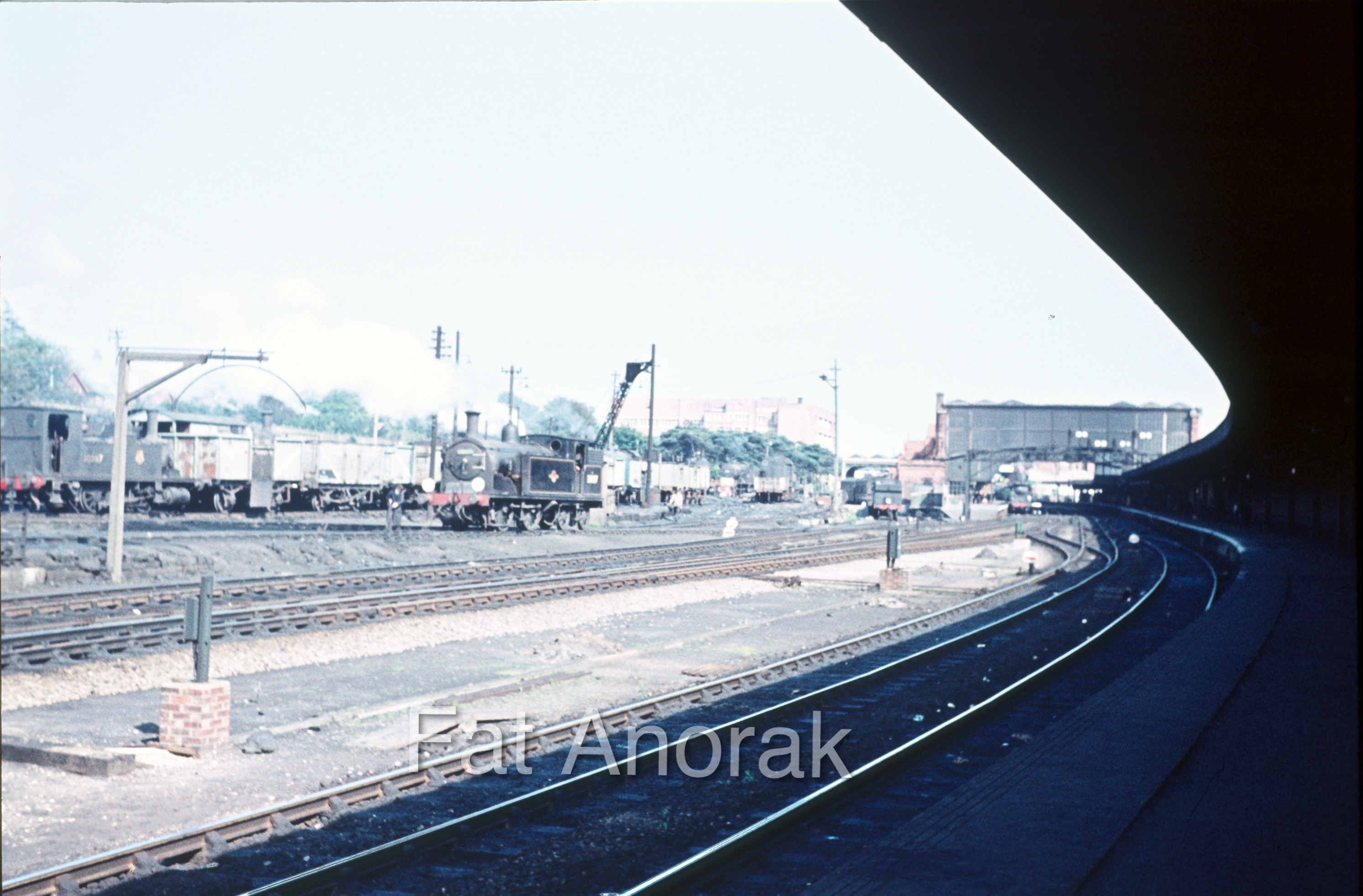 Looking almost in the opposite direction on probably the same day in June 1958. The shed is host to a number of locos, including Billinton 2-6-0 32349.