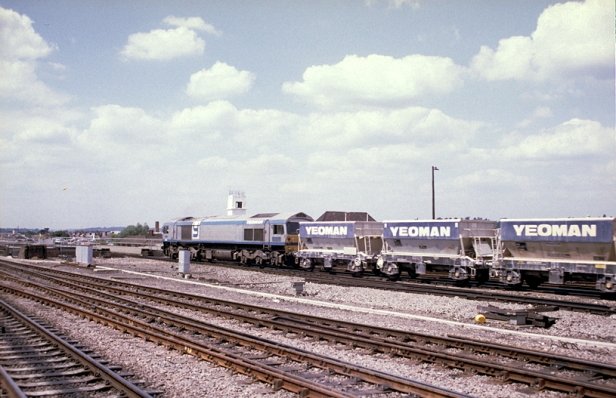 I also spent a lot of time at Reading station, and have numerous photos of the passing trains. Occasionally they had a trainspotter purge, and platform tickets were questioned when held by long-haired scruffs with camera bags.  I countered that policy by buying a day return to Tilehurst, Earley or Twyford (I considered Reading West might be viewed as taking the mickey).

47082 waiting to proceed down the Berks and Hants with stone hoppers in April 1976.